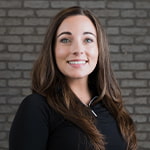 Following the news that one of Peloton’s investors, Blackwells Capital, called on the board to fire CEO John Foley, the company has apparently made its next move. This morning it was announced that John Foley is being replaced by Barry McCarthy who was a former CFO for Spotify and Netflix.

In a statement on CNBC, Karen Boone who is a lead independent director of Peloton’s board said, “Barry is a proven leader, well known for his financial acumen and record of driving transformative change at iconic companies including Netflix and Spotify.” McCarthy has a pretty impressive resume and experience with running businesses with subscription content, so it will be interesting to see how he fits in with Peloton.

2,800 Job Cuts And The Future Of Peloton

In addition to this, Peloton is also cutting around 2,800 jobs. According to The Wall Street Journal these cuts will affect 20% of Peloton’s corporate positions. These job cuts won’t affect content or the instructors. So, you’re likely to not notice any of these behind-the-scenes changes when you’re taking classes.

Peloton is also said to be cutting around $800 million in annual costs by downsizing their warehouses and delivery teams. Along with this, Peloton has also stopped plans for production of a production factory in Ohio.

As far as the future of Peloton, there are rumors that Amazon, Apple, and Nike are potentially looking into buying the company. Peloton is still one of the most popular home fitness brands, with it’s bikes, tread and digital content. We’re interested to see how this shakes out for Peloton in the coming weeks and months as summer has traditionally been a “slow-season” for cardio equipment sales.