Some exercise bikes have 32 levels of resistance, some have 24, and of course Peloton has 100. How can you compare the resistance between bikes that have such different levels and measurements?

Digital levels are determined by the strength of the magnetic current opposing the flywheel. Since different companies create and measure the magnetic current of each level differently, it’s difficult to compare straight across. However, the table below gives a rough estimate of the resistance levels between bike brands.

Is it better to have more levels?

More levels are not necessarily better. While it would seem like having 100 levels would be the easiest to measure, when you’re on the bike, that is actually a lot of levels to navigate through. You may notice that Peloton instructors don’t cue a specific level or RPE, they typically give a 10-level range, so you aren’t navigating through a bunch of small levels.

When using an app on a different bike:

If you are using a digital app, but riding a bike from a different manufacturer, knowing the corresponding levels is helpful. If you are on a bike that doesn’t have preset resistance levels, you can assess your own based on RPE ratings. RPE stands for: Rate of Perceived Exertion. How hard you feel you are working is your “perceived” exertion. As you get stronger, you will be able to withstand higher amounts of exertion without feeling fatigued. 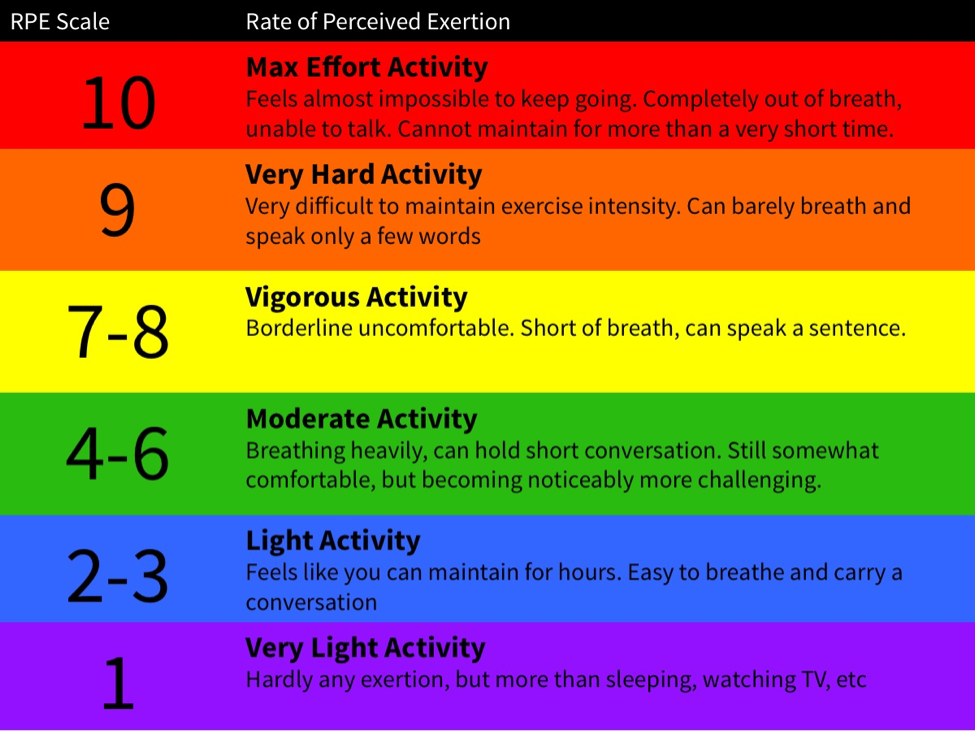 Another helpful tip is to combine the Trainer’s Cues with your RPE and cadence:

Most instructors will not cue effort much above 75 to 80%. This is because you should always maintain a little power reserve while on the bike. Pressing too much resistance can hurt your knees and back. Running too hard up a hill can leave you out of breath and possibly dizzy. There’s no need to do leg-presses on the bike. Find a heavy resistance at or about 85% max for steady climbing and no more than 80% for any standing intervals. Keep cadence at or below 120rpm at all times.

If a bike has built-in incline and decline, the angle of the bike will affect how each resistance level feels. For example, level 14 on a flat grade will be much easier than level 14 on a 10% grade — even though resistance is the same. Currently, only the NordicTrack bikes feature incline and decline. This feature makes it so each resistance level has the additional variable of incline grade. Even though the NordicTrack bikes don’t have as many levels of resistance, (24 compared with Peloton’s 100), they offer more variables – so you get more conditioning with the challenge of incline and resistance, rather than just resistance alone.